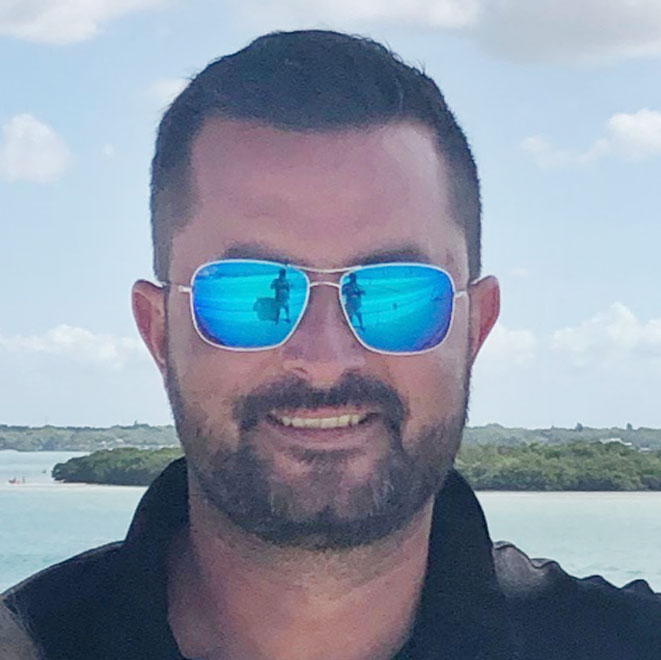 I’ve seen the results from prodisc® for 13 years, there was no way I was choosing any other option.

Brian has always led an active life—from his high school sports career, including football and track & field, to 4 years of serving in the United States Marine Corps. However, at the age of 21, a few months before he was discharged from active duty, he began his journey with spine pain while working out in the gym with other Marines. He remembers it as if it was yesterday. “I had 315lbs on the bar and I was doing sets of 8. Last set, last rep, I brought the bar down and I heard and felt a ‘POP’. I came up, re-racked the weight, and headed to sickbay.”

Within hours Brian could barely walk. He had back pain and shooting leg pain down his right leg. While x-rays were taken, not much damage could be seen at this point. Focused on getting out of the Marine Corps and starting school at the University of Arizona, Brian opted for prescribed muscle relaxers and pain medication, which seemed to resolve some of the pain in the next couple of weeks. After that initial injury, though, he was never the same—having no idea that he had, in fact, herniated his L5-S1 disc on that day.

Life moved on and he was very proactive about staying healthy. His high school football coach happened to be a Chiropractor whom he would visit monthly for adjustments. Getting “adjusted” seemed to keep him going at the time. In fact, for a few years after the Marine Corps, his life was filled with athletic activities that included running, cycling, playing sports, and competing in triathlons.

Brian started his sales career in 2007 and he went to work for a medical device company whose products included a spinal disc replacement device named prodisc. In time, Brian was selling the prodisc device for both the lumbar spine (the lower back) and for the cervical spine (the neck)—considering these the best two products he was lucky enough to carry in his bag. He found that prodisc patients were happy after their surgeries, and in his experience from talking to his surgeons, these products performed very well. He even thought that he might “be on the table getting one of these implants” himself someday… and he was right!

Though he benefitted from conservative treatment for years, by 2016 his painful lumbar ‘blowouts’ kept lasting longer. Within a year he was living in a hyper-extended state (leaning backwards) and found it was the only way he could walk around with minimal pain. Brian was so focused on his back pain that he really didn’t pay attention to the pain radiating through the muscles in his neck. Concerned, the doctor ordered an MRI and found Brian’s C5-C6 spinal disc was totally closed down on the right side. With both the cervical and lumbar issues, the surgical plan became a C5-C6 cervical disc replacement and an L5-S1 lumbar disc—and with Brian’s experience with prodisc, he knew that this was his device of choice for both procedures. 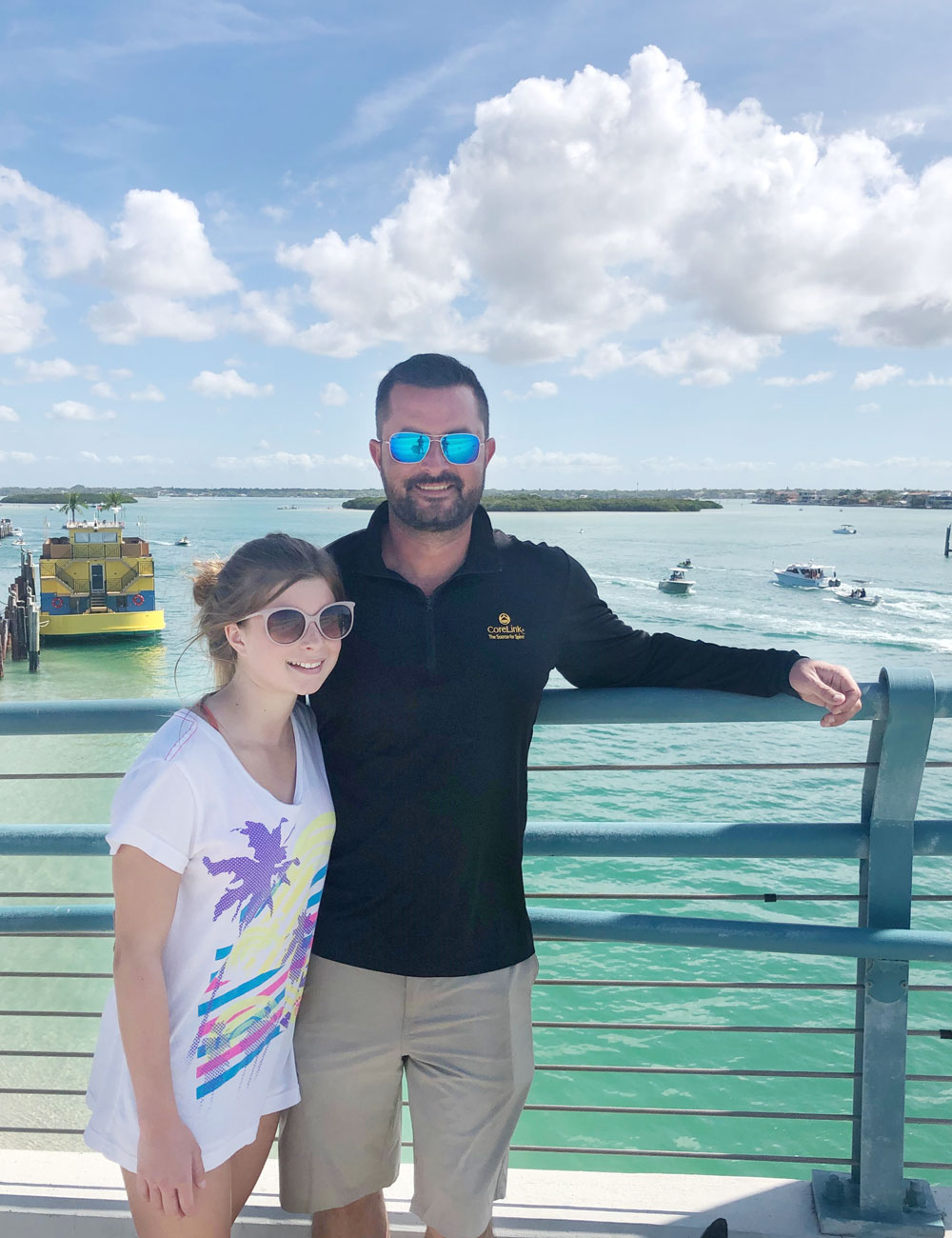 Brian had both his cervical and lumbar prodisc surgery on the same day in October of 2020. After the surgery, he recovered at home for a week before receiving a call from a surgeon asking him to support a surgical case with another patient receiving a disc replacement. By this point, he felt so well that he defied his surgeon’s advice and went back to work.

“Seven days out I was back in the operating room supporting a prodisc C case... I’ll make it my mission in life to advocate for non-fusion and specifically prodisc!”

“I’ve seen the results from prodisc for 13 years, there was no way I was choosing any other option. Seven days out I was back in the operating room supporting a prodisc C case.” Brian has continued working ever since the surgery. Perhaps in part due to his back injury experience in the Marine Corps, he felt that a career in spine was the career he was meant to have. After 14 years, Brian affirms, “I love working in spine, I love working with spine orthopedic surgeons and neurosurgeons. Helping them help their patients is a great way to make a living.”