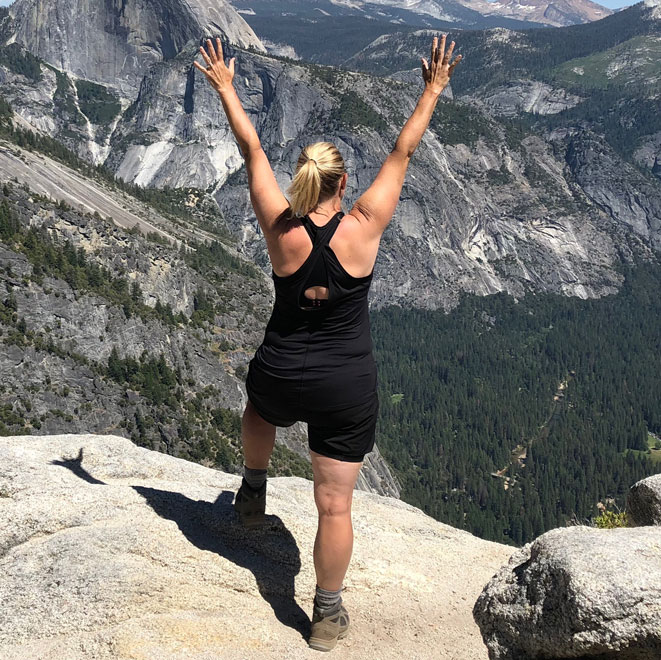 Every year, on the anniversary of my surgery, I celebrate by doing something that I could never do if it weren’t for my new disc!

Whether running triathlons, playing tennis, or chasing her young boys, Kristin always led an active lifestyle. In her late 30s, she started struggling with back pain, and—as it worsened—it began to affect her lifestyle. Even daily activities like washing dishes, gardening, and bending over resulted in days of pain and stiffness.  In time, she reached a point when just lying on her back was painful, a development she found very concerning. Kristin consulted with several doctors who classified her symptoms as “aging pain.” Though she considered herself to be young, she tried to accept the discouraging news as just a part of life.

For several years, Kristin managed her pain with a variety of non-surgical means. However, everything changed on a mountain trip in 2011. While hiking across a stream bed, Kristin slipped and landed on a rock. The pain increased over the next few days to an excruciating level, where her only relief came from standing.

“Stepping onto or off a curb became too painful. Taking a step that landed on the uneven ground took my breath away and brought tears. I found myself making accommodations for my discomfort, like using handicap ramps. I even had to brace myself when I sneezed to minimize the pain.”

Kristin became trapped in a treatment triangle: the doctor wanted to order an MRI, her insurance wouldn’t pay for an MRI until Kristin received Physical Therapy, but the PT wouldn’t touch her until she got an MRI. For her extreme acute pain, her doctor only provided an injectable NSAID, which provided slight relief for only four hours. Frustrated and determined to find relief, she went to the ER and insisted on an MRI, which revealed that she had a herniated disc that had ruptured. Kristin consulted with a couple of neurosurgeons to determine her available options; one recommended spinal fusion surgery, and another suggested a laminectomy. Choosing to undergo a laminectomy, Kristin was able to resume work and her daily activities after her initial recovery period. She remembers, “I had immediate relief, which was great, but I soon had a mounting list of things that would trigger sudden, sharp pain. Stepping onto or off a curb became too painful. Taking a step that landed on the uneven ground took my breath away and brought tears. I found myself making accommodations for my discomfort, like using handicap ramps. I even had to brace myself when I sneezed to minimize the pain.”

“You don’t realize how much you’ve lost when you make small accommodations over time. They build up until your whole life is taken away.”

It became clear that the laminectomy solution had been a short-term solution in her case. The rupture had resulted in a large amount of disc being removed, leaving her vertebrae little to no cushion between them. She continued to make small incremental changes to avoid situations that would result in pain. Over the next year, those small changes added up to the deletion of all the things she loved to do and all future plans. She couldn’t go on amusement park rides with her family, or run across an uneven grass soccer field with her boys, or plan a trip to hike the Grand Canyon, or take a family bike ride, or walk on the uneven sands at the beach. Kristin remarks, “You don’t realize how much you’ve lost when you make small accommodations over time. They build up until your whole life is taken away.” Approaching a year out from her laminectomy, Kristin knew she needed to take action to regain her life and her future aspirations.

Kristin began to explore her options. She met with each discipline to discuss solutions: her physical therapist, a pain management specialist, and an orthopedic surgeon.  Each discipline said that theirs was the best way to address the pain. Kristin believed that there was only one direction that would address the source or the problem rather than masking it or putting on a temporary band-aid. She decided to have surgery. “There is so much stigma and fear around back surgery that you have to overcome. Becoming informed on the current surgical options and their success rates is critical to overcoming that fear,” she recollects.

Kristin began researching artificial discs and realized there was a lack of awareness about total disc replacement—both from a patient and a healthcare provider perspective. After speaking with several doctors who were not familiar or had very little surgical experience with total disc replacement, Kristin decided to contact the manufacturer directly to request information and potential physician referrals. Finally, Kristin consulted with an experienced surgeon who recommended total disc replacement with prodisc L. Eager for a long-term solution, Kristin was thrilled to pursue treatment and underwent surgery in 2012. 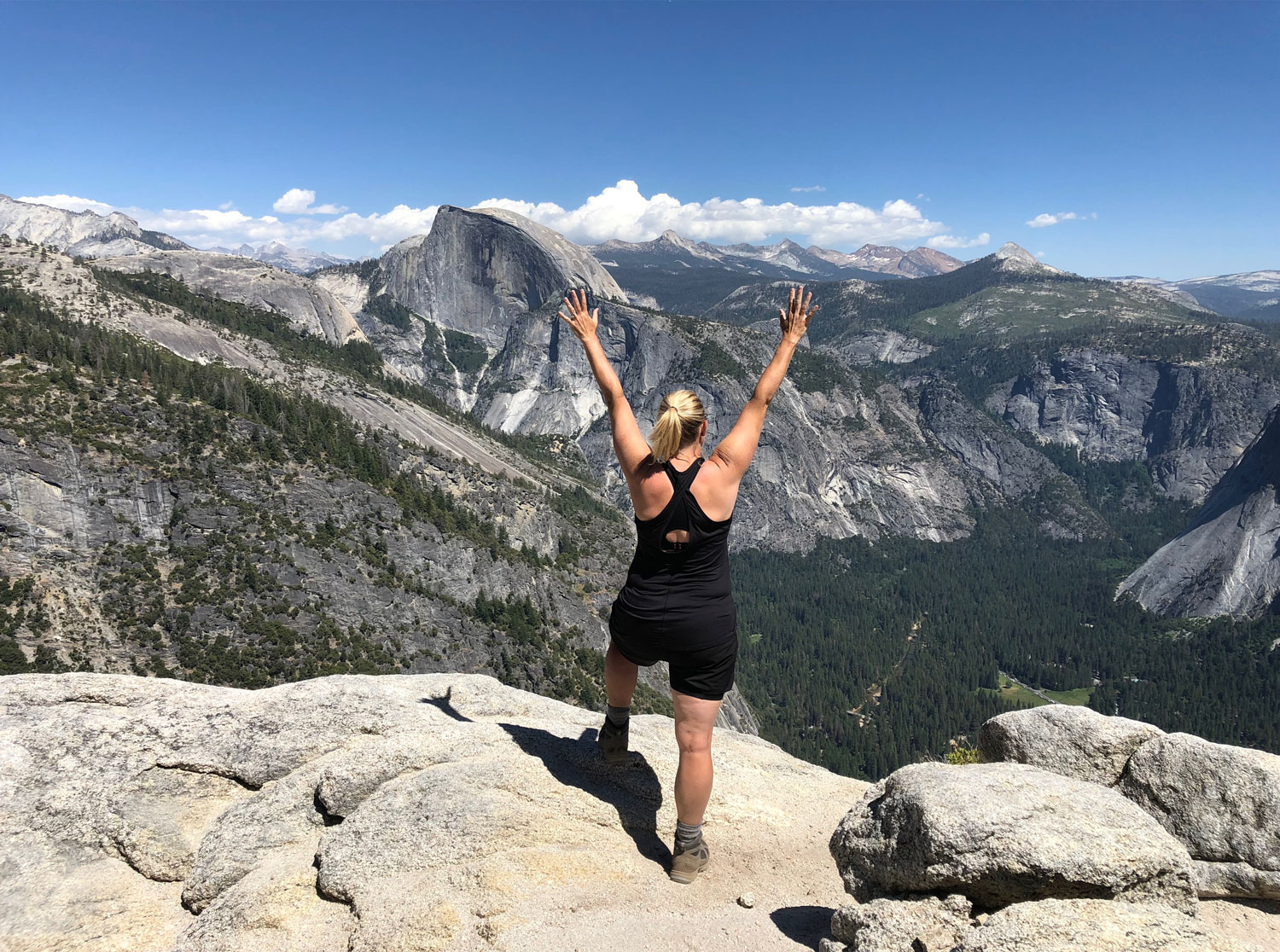 Following total disc replacement with prodisc L, Kristin experienced some residual nerve pain, sciatica, and muscle spasms. Despite these symptoms, she remembers, “The difference in my pain level was night and day!” She notes that, while she is not “100%” pain-free, she is no longer limited in anything she does. Post-surgery, she has realized a drastic difference in her life. Her “I can’t do this anymore” mentality shifted back to an “I can do anything” attitude due to the freedom that the surgery provided her.

“The difference in my pain level was night and day!”

Throughout recovery, Kristin stayed focused on the activities that she wanted to get back to. Setting recovery goals and planning for the future kept her motivated. Just before she ruptured her disc, she completed her first Sprint Triathlon. Two years and two surgeries later, she returned to that same event to celebrate her new prodisc L.

Since her surgery, Kristin has been able to play competitive tennis, complete a half IronMan triathlon, and hike mountains again! To celebrate her recovery, she says, “Every year on the anniversary of my surgery, I celebrate by doing something that I could never do if it weren’t for my new disc!”