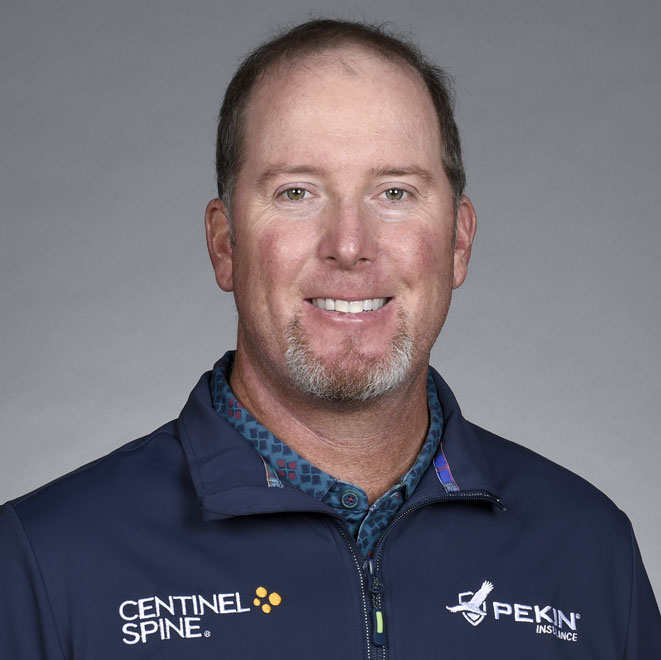 This is D.A. Points's
Story

It was a very easy surgery that allowed me to get healthy quickly and return to the game I love. I absolutely would not hesitate to make that same decision again.

As a three-time PGA TOUR winner who has been ranked in the top 50 best golfers in the world, professional golfer D.A. Points vividly recalls a terrifying time in his career: “When I went from trying to make birdie putts to wondering if I would ever be able to putt again!”

D.A. grew up on a golf course, literally, and says he was “hooked” when he started swinging a chunky plastic club at the age of five. His first tour win came at the Pebble Beach National Pro-AM in 2011, where he was paired during the pro-am portion with his childhood hero, actor Bill Murray. D.A. loved the experience with Bill and his crazy antics, and the win helped jumpstart his career.

However, things changed for D.A. in 2016, when his thumb, middle, and index fingers occasionally went numb. “Initially, it wasn’t all that much of a concern,” he remembers. “I wrote it off—thinking I must have just slept on my hand.” The numbness steadily progressed into a “pins and needles” feeling in his hand, lasting for 30 to 45 seconds and occurring 5 to 10 times a day. The pain was really just a minor inconvenience and, since it was not affecting his golf game, D.A. did not feel compelled to do anything about it.

Unfortunately, by 2018, D.A. was having symptoms nearly once an hour. He sought advice from a surgeon that was recommended to him by other professional golfers—a respected spine/cervical specialist. After a series of tests, his surgeon recommended a total disc replacement. Since he was hesitant to undergo cervical surgery, D.A. sought the advice of some of his golf tour peers who had similar issues. He ultimately decided to pursue a less invasive solution with a different surgeon from whom he had obtained a second opinion. This surgeon recommended a foraminotomy, which enlarges the passageway where a spinal nerve root exits the spinal canal. While the foraminotomy was helpful in lessening the numbness in his middle finger, it did nothing for his index finger and thumb.

The “deciding moment” came for D.A. in the spring of 2019, as he was driving to a tournament. “My fingers are so much worse today than they were yesterday,” he recalls noticing. It was too late to turn around so he decided to try and play—and D.A. says, with a wry smile and shake of his head, “It did not go well.” Disappointed, and knowing he had to find another solution, D.A. returned to the original surgeon who had recommended total disc replacement. After an examination and discussion, his surgeon expressed concern that the foraminotomy procedure might negatively affect the outcome of the total disc replacement that was needed. Fortunately, the surgery was successful, and D.A. had his prodisc® C implanted on May 2, 2019—almost three years after the onset of his first symptoms.

“Now my days are not focused on my pain but, instead, on making putts and competing again on tour”

Since then, D.A. has encouraged other golfers and friends who are struggling with the same diagnosis to consider the prodisc C by sharing his experience. “It was a very easy surgery that allowed me to get healthy quickly and return to the game I love. I absolutely would not hesitate to make that same decision again. Now my days are not focused on my pain but, instead, on making putts and competing again on tour.”